Our ideas of what’s sexy and what’s not change and develop over time. What we see and learn about sex when we’re young doesn’t always line up with what we imagine or what actually happens in real life, especially when it comes to sex with other guys. Similarly our notions of love and romance can and will develop and change over time, and can be (unrealistically) influenced by what we see in films, read in books or see happening with our friends and family, and won’t always meet our expectations when we meet ‘the right guy’.

Being open to difference and change is a useful way of navigating the terrain of sex, love, and relationship whether we’re straight, gay, queer or questioning. It’s a journey—hopefully a safe and fun one—and you’re the driver, so take charge and enjoy!

Remember, you don’t need to rush into having sex or any particular sexual practices if you’re not ready to. Do things at your own pace and on your own terms, and see what you do or don’t enjoy. If it doesn’t feel right, then let the other person know, and remember it’s always OK to stop if you don’t feel comfortable either physically or emotionally—after all, it’s supposed to be fun, not a chore.

There are a wide variety of types of relationships that that we can get ourselves into. Some of them may be short-lived and just about having hot sex, while others can be more longer-lasting and emotionally important to us. If we’re lucky it can be a combination of the both.

Regardless of the relationship type, good and honest communication in key to its success and enjoyment, so it’s worth investing some time and effort in becoming comfortable and confident in talking about your sexual and emotional needs and desires—even at the risk of the occasional embarrassing moment of ‘oversharing’—to help figure out (and hone your skills in talking about) what you do and don’t want from the guys you’re dating or fucking.

Just as no two relationships are exactly the same, we can’t expect our partner’s wants and needs to exactly match ours. Some of us want a relationship where sex only happens within the relationship (monogamy), while others want the option to have sex with other people as well (open relationships). Other guys might not want a “relationship” at all, but prefer having a bunch of guys who they can fuck with, with ‘no strings attached’ (referred to as ‘fuck buddies’ or ‘friend with benefits’).

When it comes to sex and HIV, some guys think that it’s ‘best’ to only have sex with guys who are the same HIV status as them. While this may seem an obvious way of avoiding HIV infection, it’s not always the case. In fact, having sex with an HIV-positive guy who is taking anti-HIV treatment and who has a stable, ‘undetectable viral load’—where the amount of HIV in his blood (and cum) has been reduced to an undetectable level—may well be just as safe, if not safer than having sex with a guy who claims to be HIV-negative, but who has been having casual sex with other guys without using condoms. These days, most new HIV infections happen as a result of having condomless sex with guys who don’t know that they are HIV positive. You can never tell who’s HIV negative by looking at someone, or just because the tell you they are. Using condoms, taking pre-exposure prophylaxis (PrEP) or using Treatment as Prevention—or a combination of those strategies—is the best ways to avoid HIV infection.

Being in a relationship with a person whose HIV status is different to yours (referred to as a serodiscordant relationship) can seem too risky for some guys to even consider. However, there are loads of guys who do have very happy, sex-filled and successful relationships with guys of a different HIV status. While there may be periods of nervousness and caution when having sex with an HIV-positive guy the first few times, with good, open and honest communication these jitters can be quickly overcome, and depending on the positive guy’s viral load, might end up being the safest sex of all.

For more information on serodiscordant relationship, see the Together for Better website.

Open communication and forming clear agreements about the type of relationship you and your partner (or partners) want, will help maintain a healthy relationship.

The most common form of agreement is about whether you are allowed to have sex with partners outside the relationship or not.

Some guys in relationships decide not to use condoms with each other. This type of agreement is not for everyone but it can work well. It can be safe but only if you’re sure you are both still HIV negative; or if you’re not, that the HIV-positive partner is on treatment and has an undetectable viral load, or the negative partner is on PrEP.

If you have a clear, explicit agreement with your partner, both of you will be more likely to keep to it than if you don’t have an agreement at all.

For more information about negotiating relationships and how to make relationship agreements, see the Our Team website.

There’s now a broad range of websites and apps available to find love, a date, or just some casual fun. Whether you are after a partner, a friend or a friend with benefits, there is an app for that. From mild to wild, love to lust, some websites and apps are different and can target different types of guys, so choose the ones that are right for you.

Being online and having a world of guys at your fingertips with a wall of anonymity between you and them, can give you a great sense of confidence, but it also opens a platform for guys to easily express things like sexual racism or stigma and discrimination towards HIV-positive people. Of course, not everyone is like that, so chat with guys you feel comfortable with, and see what happens from there.

As a rule of good online etiquette, try to chat to guys in the way that you’d like to be chatted to. There’s no need to be offensive about another guy’s looks, race, HIV status or dick-size. As the saying goes, ‘there’s a lid for every jar in the world’: if this one doesn’t fit move on without being rude about it.

More on this topic 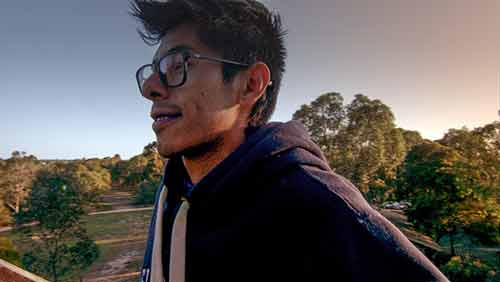 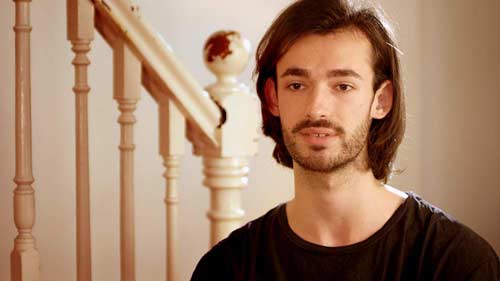 My Boyfriend is Positive